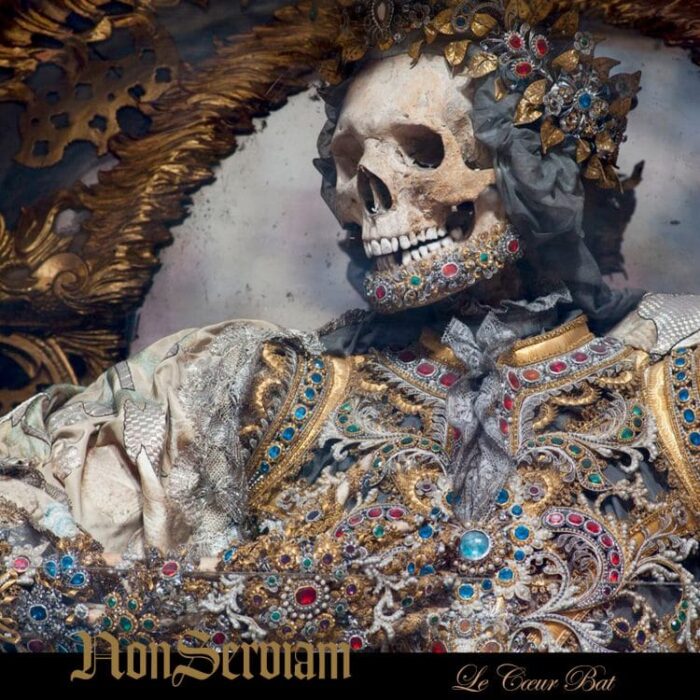 The multi-talented, genre hopping anonymous collective Non Serviam have teamed up with label Code666 to bring forth another masterful release, blurring lines between genres and going beyond the boundaries that restrain them. Non Serviam creates a sonic collage of experimental, black, doom, grindcore, crust and industrial metal while staying within the framework of a baroque influence that will assault the auditory senses in the form of one of the most brutal and extreme releases of the year.

“Le Coeur Bat” (The Heart Beats) is comprised of 8 tracks which delve into the the deepest pits of the universe and worse even still, the darkest corners of the mind!

This psychosis inspiring album will be available on all major platforms digitally as well as digipack CD and yellow vinyl on April 23rd.

Non Serviam adds: “It’s a chance for a project like Non Serviam to benefit from the expertise and scouting talents of Code666. It is indeed one of the rare labels that has offered in the last decades the possibility to get under the spell of some of the best Black Metal bands from around the world, that is to say for us the most experimental and consequent ones, among which some of our inspirations (Ephel Duath, Imperial Triumphant, Negură Bunget, Aborym, Amesoeurs, Vampillia). “Le Coeur Bat” is an album that has been delayed many times, and has suffered greatly from the current pandemic crisis, it must now be released, like all of us. Long live the devil who threatens this world of money, cops and viruses – The old world has to burn.”