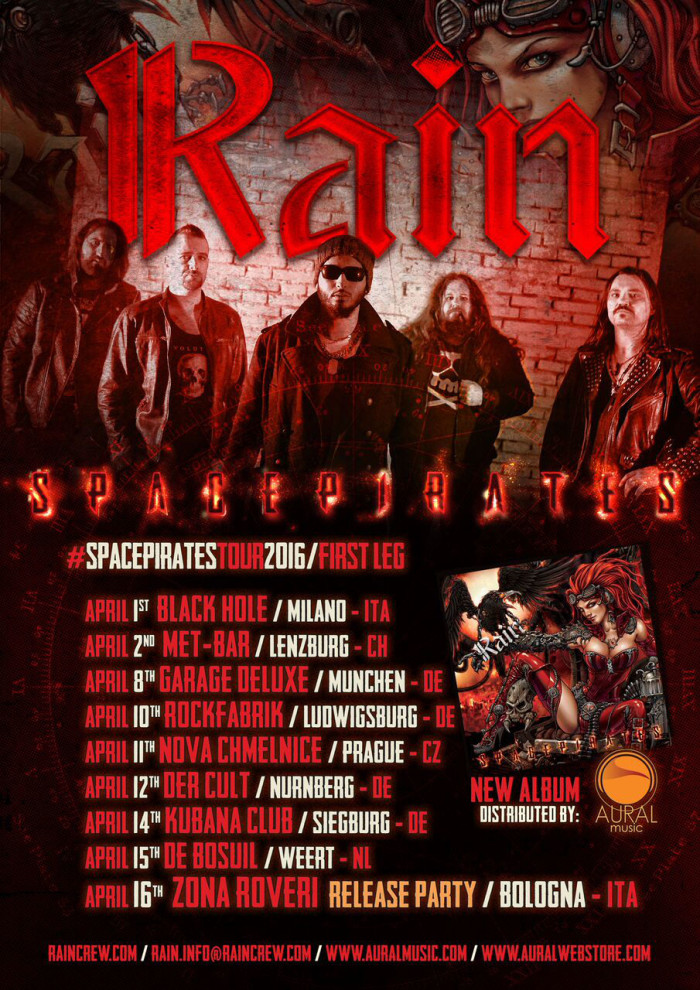 Italian Hard Rock veterans RAIN presents a brand new video (URL here) for their new single ‘Spacepirates’, the titletrack of the new album.
scheduled to hit stores in April 15th via Aural Music, “Spacepirates” is their 9th album, a strong comeback into the Hard Rock scene after the previous acoustic effort “Mexican Way”.
“The video song? It’s about fighting this wrong modern society and being a true rebel spirit at heart”, explains mainman Alessio “Amos” Amorati. “We all knew the song was special, from the first moment when we were in the reharsal room writing it. It’s a really powerful and inspiring track.”

And we have some awesome news for the fans: RAIN just announced their tour dates, The band will hit the road supporting Jeff Scott Soto in Europe! But that’s not all, the band will also do several headline shows and festivals.

More shows will follow during and after the summer!